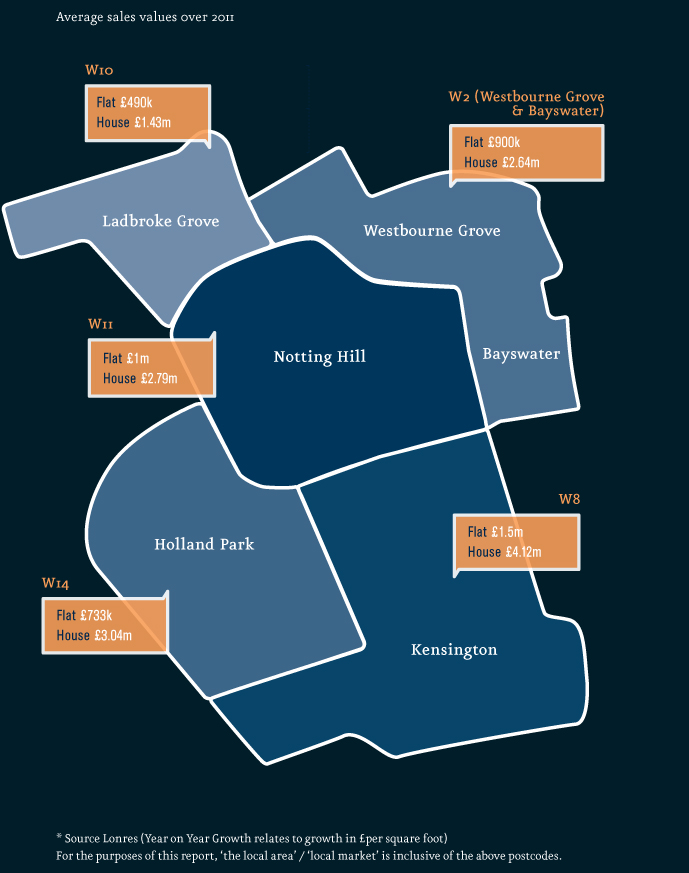 The residential market of prime central London remained resilient over 2011, despite the gathering pace of political and economic turmoil across the Eurozone. Activity levels and average prices both rose over the year as overseas purchasers and investors sought a safe refuge for their capital.

While nervousness understandably exists amongst purchasers, the desire to invest in the top global financial centre remains unabated, while constrained levels of supply continue to support price growth.

The uncertainty surrounding the Eurozone crisis was felt in the local residential market of Notting Hill and Holland Park over 2011 although, as in other parts of central London, the safety of investment in this area is encouraging buyers.

‘Over-pricing of properties by some agents in 2011, contributed to a weaker final quarter as buyers withdrew and vendors had to accept price reductions. We bucked this trend by setting competitive, yet realistic prices for our clients.’
Nicholas Crayson

In 2011, the housing market in Notting Hill and Holland Park saw a total of £1.27 billion spent on residential property. This came despite the cloud of economic uncertainty, which understandably made purchasers more cautious.

The average sales price achieved across our local market in 2011 was £1.59 million, which represented a 9.4% increase on values achieved in 2010. This improvement was well in excess of growth seen in other markets and is testament to the strong levels of demand for prime property, particularly from the most wealthy overseas buyers and investors.

After much hard work, we were very pleased to achieve a record value of £2,047 per square foot (£psf) for an apartment in one of the Holland Park villas in W11, which is around £150psf more than previously achieved in this location. 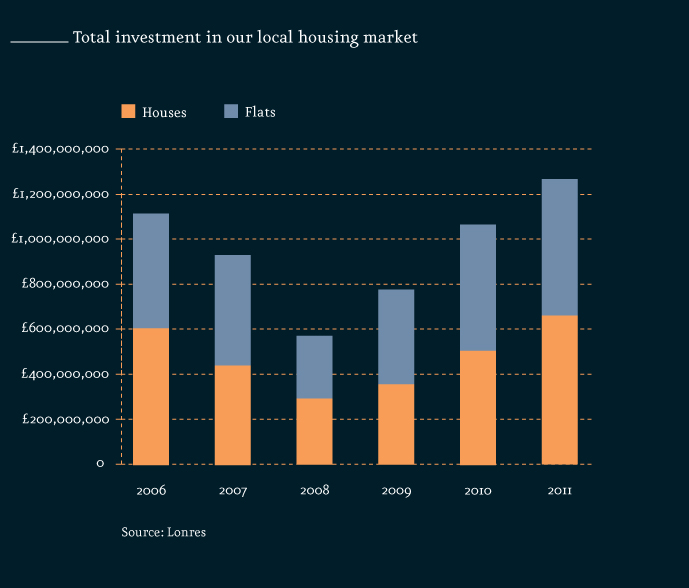 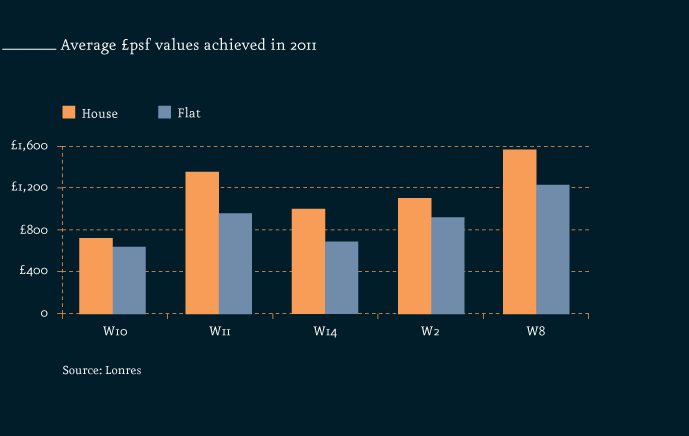 Low levels of supply were a central theme across prime central London over 2011 and the Notting Hill and Holland Park area was no exception. New instructions decreased steadily over the year and in the fourth quarter were 50% lower than the same quarter in 2010, following a similar trend to the rest of prime London where instructions were down 49%.

Although new instructions were low, overall transaction levels appear to have held up. In our area, transactions increased by 8% compared to 2010 levels, with property sales over £2 million increasing by 22%.

With supply remaining tight, many purchasers are waiting for the right property, rather then compromising on the location or quality of their purchase. Attractive properties are selling quickly. For example, 26 Clarendon Road sold in the same week as being marketed, at £125K over guide price. However, more compromised or overpriced properties have been much slower to sell.

Over the last year, the average time that properties were on the market before sale has been steadily increasing. The average marketing period before sale was 5.6 months in our area in Q4 2011 and 4.8 months across all prime London. At Crayson the properties that we sold in 2011 took an average of 10.2 weeks to sell, from instruction to exchange. 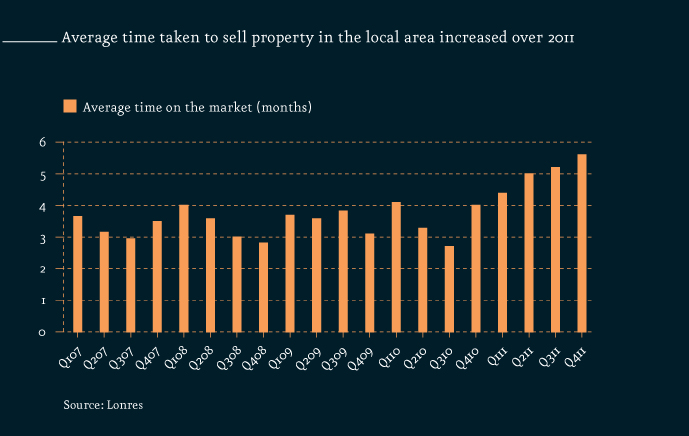 The importance of realistic pricing

Despite strong price growth and continued demand, the tide of uncertainty continues to intensify. As a result, we want to help our clients by setting the best possible prices but ones that are also realistic. Setting unrealistic expectations for vendors was a key reason why the market appeared to falter in the final quarter of 2011.

Across our local market as a whole, 60% of sales in 2011 were made under their asking price, compared with 63% across all prime London. However, at Crayson, all our house sales in 2011, where we were the sole agent, sold at or above full asking price. More importantly, we did not have to reduce a single asking price in order to achieve these sales.

In contrast, across the local area, 38% of those properties which are currently available for sale have seen at least one reduction in asking price, slightly higher than the prime London average of 36%. These properties have seen an average of 1.6 reductions in price since they initially went onto the market. 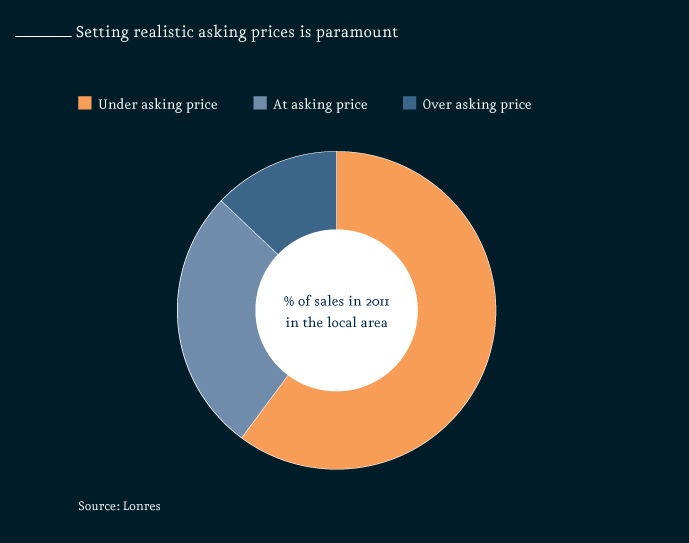 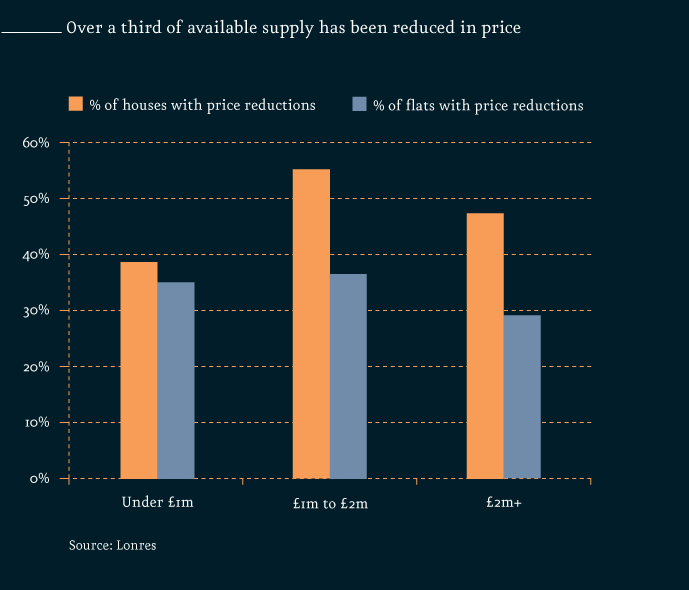 As 2012 progresses, future economic turmoil and political uncertainty looks likely, but the attractiveness of prime London as an investment opportunity remains strong. Low supply and continued overseas demand is likely to support price growth over the year, albeit with forecasters predicting lower growth than in 2011.

Globally, most indicators are suggesting a continued rise in wealth, particularly amongst the emerging economies of China and Asia Pacific. A recent example of this has come from Bentley, who announced earlier this month that their sales had risen by 37% in 2011, a return to the pre-recession level of just over 7,000 cars.

Within our market we expect to see an increase in overseas buyer interest in properties within areas such as Bayswater, with many frustrated by constrained stock and significant price premiums within the traditional overseas buyer hotspots of Knightsbridge and Belgravia.

‘While economic uncertainty prevails, we believe that prime residential property in Notting Hill and Holland Park remains a good investment. With stock levels unlikely to increase, values will continue to be supported.’
Nicholas Crayson

Clarendon Road is one of the most prestigious addresses in Holland Park.
This wide and tree-lined street stretches through the heart of this thriving area, and offers the entire spectrum of property from one bedroom apartments to magnificent detached family homes.

Located within Kensington & Chelsea, property in Clarendon Road benefits from generally being on the market for a shorter period of time; an average of 146 days, compared to 180 days in the whole west London area. 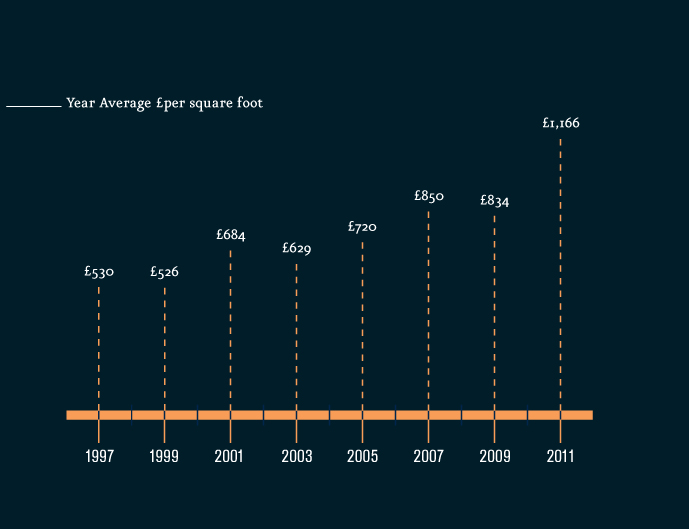