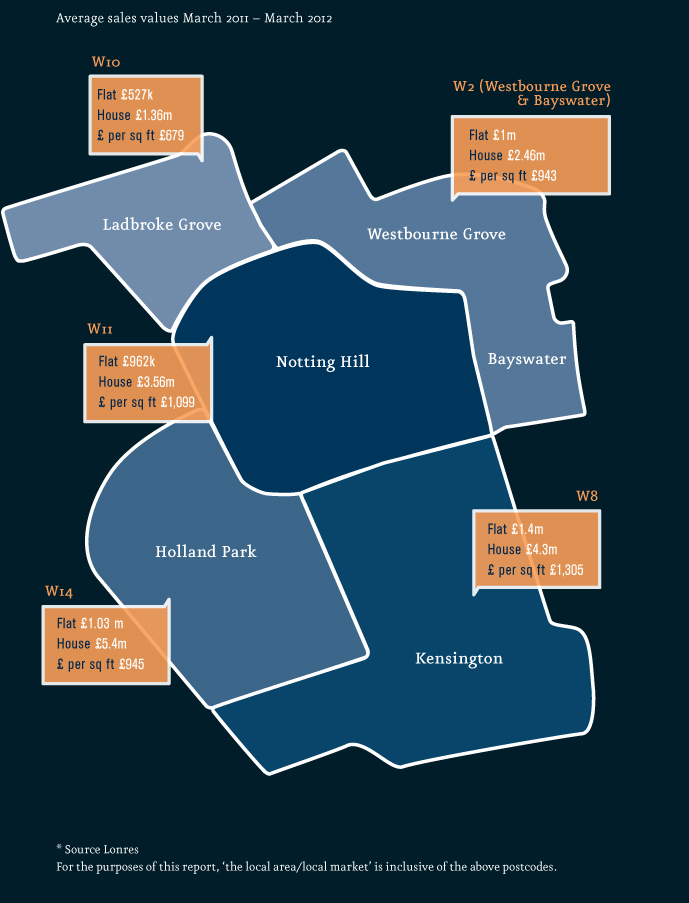 At Crayson, 2012 has got off to a great start, with all our sales so far this year setting new £ per square foot records. The latter part of the first quarter was dominated by the Budget and, following much
speculation, the Government announced higher costs for those buying homes at the top end of the market and, in particular, those buying through corporate vehicles. We talk more about the Budget later.

Prime London continues to benefit from high demand from overseas buyers. Globally, wealth continues to rise. The latest research by Forbes suggests the number of global USD billionaires now totals 1,226, up from 1,210 in 2011. Their total combined wealth has increased from $4.5 trillion to $4.6 trillion year on year.

Whilst the new measures from the Budget do add to the cost of buying property over £2 million, the case for investment in the Capital remains compelling. The latest figures from the IPD suggest annual returns for central London property of 14.1%, comfortably outperforming commercial, retail and UK residential markets.

‘ It is too early to call on the effects of the Budget, however at Crayson we have seen no let up in activity since March 21st’
Nicholas Crayson

The latest budget revealed some costly changes for those buying at the top end of the UK housing market. A 7% Stamp Duty Land Tax (SDLT) threshold was introduced for residential property over £2 million with immediate effect. We do not anticipate this having a big impact on our housing market and, like the 5% rate which was introduced at the last budget, would expect it to be absorbed in due course.

The most significant change, and one which will affect overseas buyers holding property through offshore companies, is the introduction of a more punitive 15% SDLT for residential properties over £2 million held by ‘non-natural persons’ (e.g. corporates). In addition, a consultation was announced on both an annual levy on property over £2 million held in a corporate vehicle and the implementation of capital gains tax when the property is sold.

The new stamp duty levy will have the most impact on London, where 73% of homes over £2 million were sold last year. At a borough level, Kensington & Chelsea and Westminster accounted for over 40% of sales over £2 million nationally. Applying the new 7% SDLT rate to 2011 sales in Notting Hill and Holland Park shows buyers would have collectively paid an additional £16.3 million. 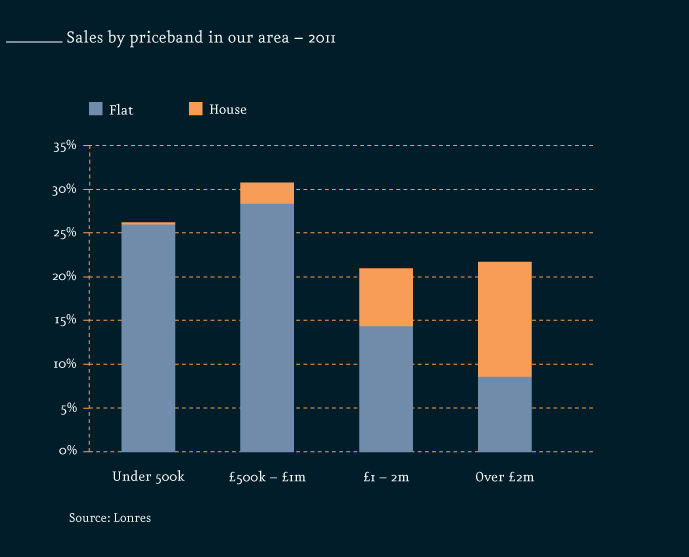 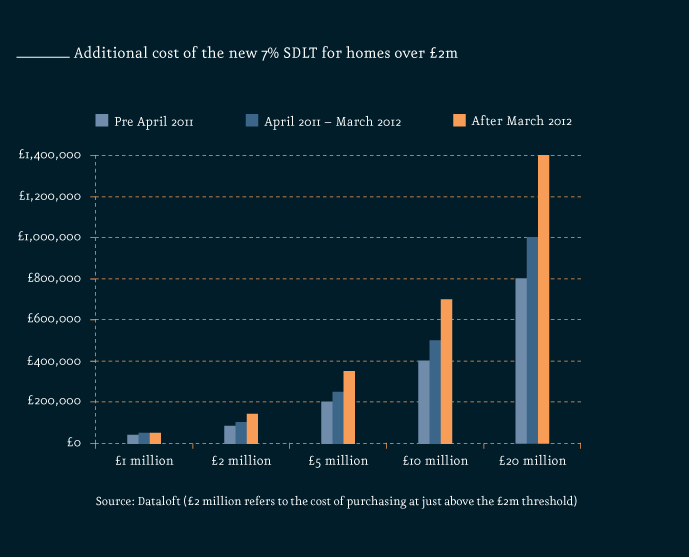 Alongside the latest budget, the Office for Budget Responsibility (OBR) released their latest forecasts for the UK economy. This included a small upward revision for 2012 GDP growth (rising 0.1%) to 0.8% this year. The latest Economic Survey from the British Chamber of Commerce also shows a welcome improvement in Q1 2012. Almost all the key national balances have strengthened, with both manufacturing and services now much stronger than during the worst phase of the recent recession.

London continues to lead the rest of the UK in the recovery, with it’s close ties to the new global economy bringing in jobs and wealth, both of which support price growth in the London housing market. The latest annual figures show total employment in London increased by 3.9% over the past year, with London companies reporting positive growth in output and new orders in the last twelve months.

Akin to the outperformance economically, London’s property market also continues to outpace national figures. The most recent data from Primelocation shows the prime markets of London continue to lead with values growing by 0.8% in February and year on year increases of 10.8%. Prices for prime properties in London are now on average more than double the South East, the next most expensive region. The Primelocation index singles out West London as one of the strongest performers with increases of 1.8% in February. 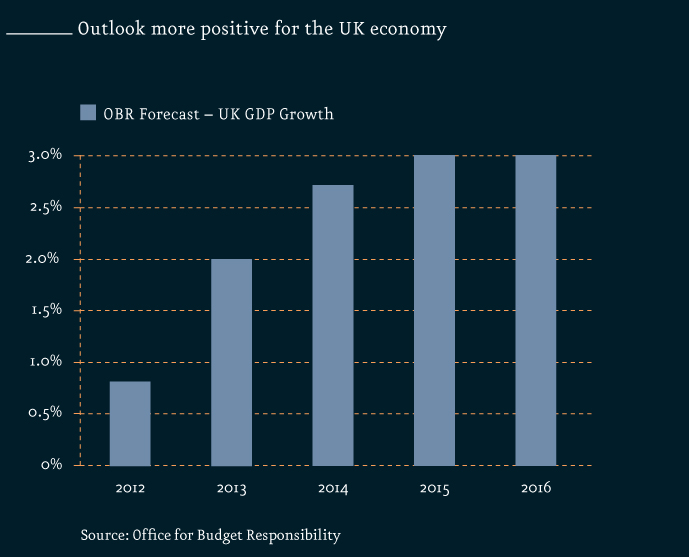 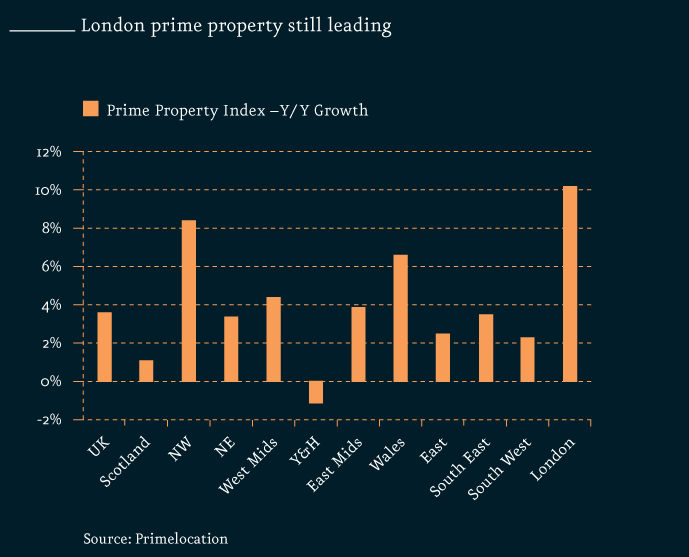 The latest data from Lonres shows Notting Hill and Holland Park prices are now, on average, 13.5% higher than the previous 2007 peak.

The Holland Park house market has seen the most significant outperformance in price growth for homes in the past year, with growth of 19.9% for houses in the W14 area. We recently sold an unmodernised, terraced house for £1928 per square foot, a record for that area.

Properties in W8 continue to command the highest £ per square foot values, with an average of £1,586 being achieved for houses and £1,188 for flats, an 8.3% rise over the past year. 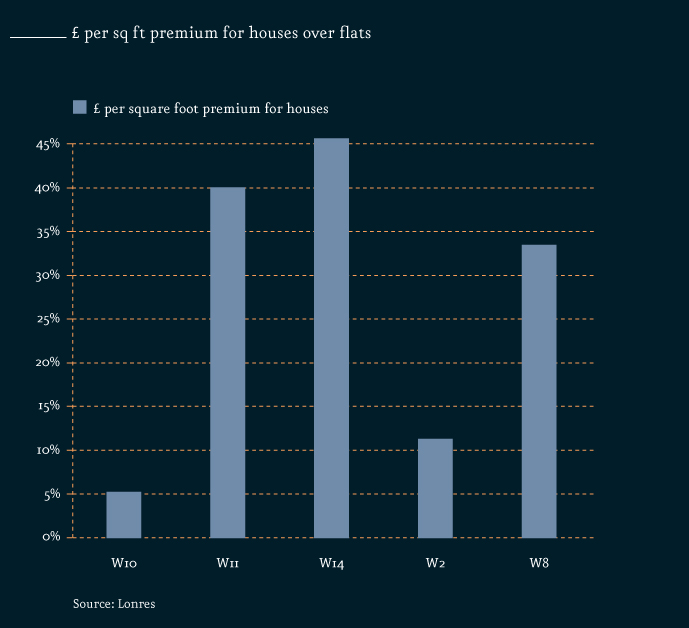 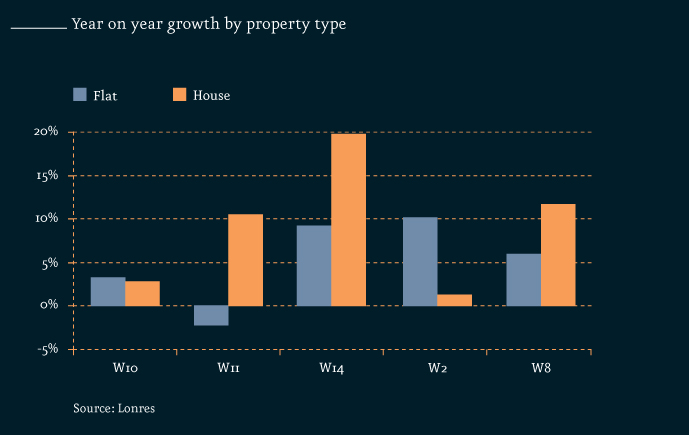 The enduring appeal of prime London property, for both domestic and international buyers, continues to create an imbalance between available stock and buyer demand.

January and February saw very little in the way of new instructions, not unusual for this time of year. However, March has been a very busy month. We have seen a marked increase in new instructions across the board, with 67% of new properties instructed in the first three months of the year being launched in March.

Houses remain the most scarce property type within Notting Hill and Holland Park, with competition for stock resulting in record prices being achieved over the past twelve months. Whereas last year houses accounted for 20% of sales in our area, they only make up 15% of properties current listed. The imbalance between houses and flats is most acute in W2, where 91% of properties listed are flats, creating considerable interest and competition when houses do reach the market.

‘ An increase in new instructions is great news for frustrated buyers, many of whom are being forced to wait it out until new stock reaches the market.’
Nicholas Crayson

Focus on Chepsow Place, W2 Chepstow Place, a tree-lined street, located between Westbourne Grove and Notting Hill Gate contains a range of properties from Edwardian mansion blocks to magnificent stucco fronted period homes. Properties on Chepstow Place rarely come to the market, with only an average of five properties selling on the street each year over the past decade. In March this year we sold two properties on Chepstow Place, one on the Westminster side achieved £1,340 per square foot and another unmodernised house on the K&C side sold for £1,926 per square foot. A record not just for Chepstow Place but for all unmodernised terraced houses sold across the whole of Notting Hill.