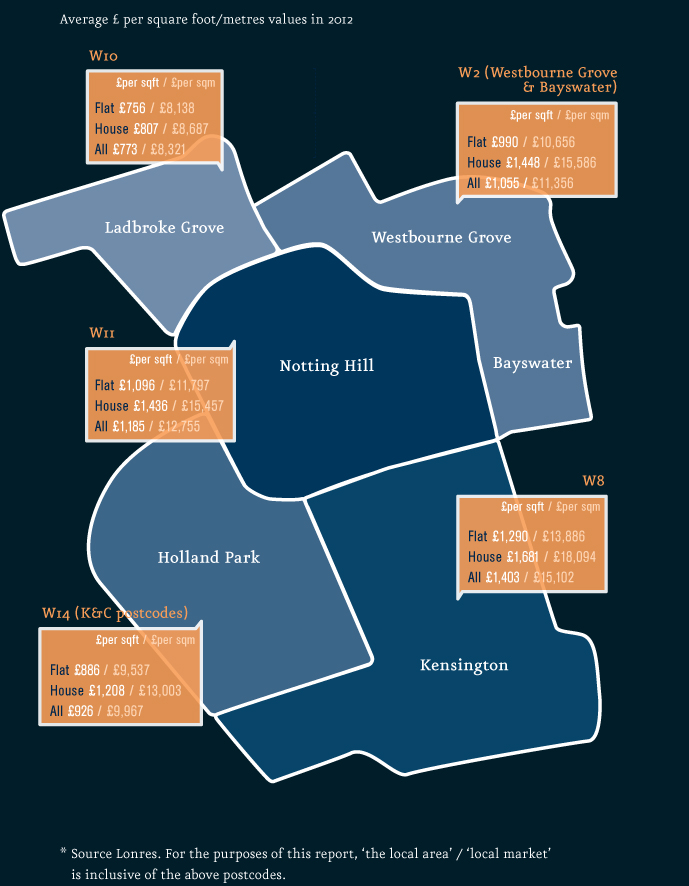 Overseas buyer activity continues to support price growth within our market. Indeed, over the past three months, 71% of properties sold by Crayson in Notting Hill, Holland Park and Kensington have been bought by non-British buyers.

While strong price growth was recorded in 2012 (13.9% in Notting Hill), the volume of transactions continued to be more muted than in previous years. This was particularly evident in the final quarter when there was much uncertainty over a proposed ‘Mansion Tax’ and changes to the cost of holding property offshore.

With ‘Mansion Tax’ scrapped and clarity given on plans for taxing ‘offshore’ property holdings in the Draft Finance Bill on 11th December we expect that a number of buyers, both domestic and overseas, will now feel more comfortable in committing to purchase as we move further into the new year.

‘Since the budget overseas buyers have dominated our market, with two-thirds of properties sold by Crayson since March bought by non-British buyers, compared with just one third a year earlier.’
Nicholas Crayson

Despite some agents still insisting the prime London market is as busy as ever, the reality is that sales activity has slowed so far this year. The number of properties sold in our area was 21% lower than in the same period in 2011 and 23% below peak 2007 figures.

The introduction of the new 7% stamp duty threshold over £2 million seems to have discouraged some buyers from purchasing over this price. Since the Budget, sales per month for properties priced between £1 million and £2 million increased from 13% of all sales to 23%. In contrast, sales over £2 million have fallen compared with pre-Budget levels.

When looking at the types of buyers who purchased properties from Crayson both pre and post-Budget, it also seems clear that the new stamp duty levy is tempering demand from domestic buyers for homes over £2 million. Before the Budget, 60% of our purchasers in this price bracket were domestic, the majority looking for family homes in our area. However, since the Budget the number of domestic buyers has fallen. Indeed, in a role reversal, 60% of properties sold since March have been bought by foreign buyers. 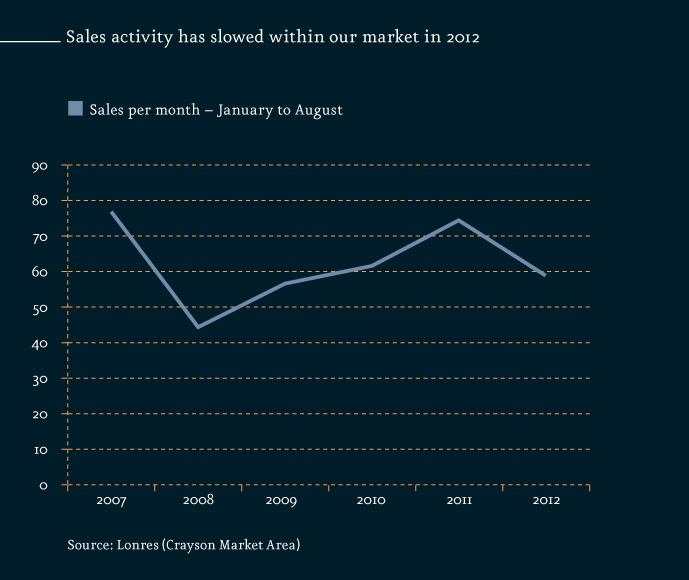 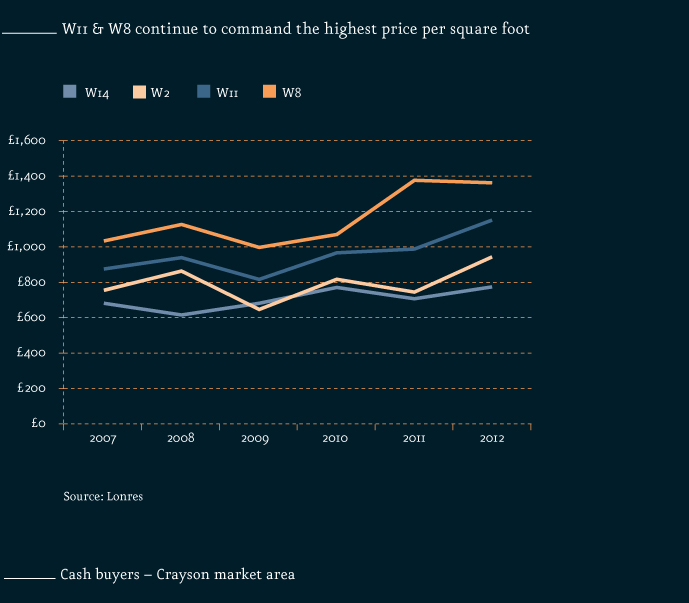 With disappointing returns from the banks and a lacklustre stock market performance, we have seen an increase in buyers wanting to invest significant cash deposits within the London housing market. As well as providing a tangible and income producing asset, many see London property as a secure store of wealth in times of economic and political uncertainty, both at home and abroad.

Compared with the market five years ago, cash purchases in our area of central London show some interesting changes. All of our areas
(excluding W2 which has a very low sample size) saw a fall in the proportion of buyers purchasing with a mortgage. Both W8 and W11 saw
at least half of buyers between March and June pay cash for their properties, up from 23% (W11) and 37% (W8) in the same period in 2007.

Unlike 2007, the market between £1 million and £2 million was the most mortgage-reliant in the three months to June, with almost 60% of buyers using a mortgage to fund part of the purchase.

The most significant change in the proportion of cash buyers was for properties sold for under £1 million. In this price band,53% of buyers paid cash, the highest proportion of any price segment. Experience tells us that this can, at least in part, be attributed to increases in wealthy investor purchasers. In particular, those from overseas who have been snapping up investment flats in our area in the past 18 months. 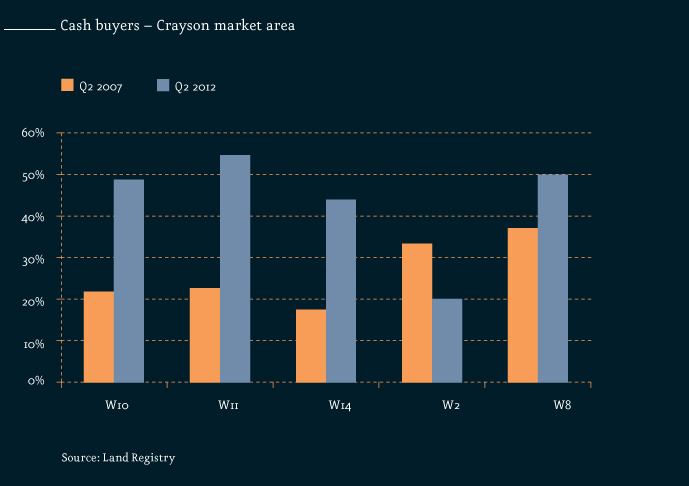 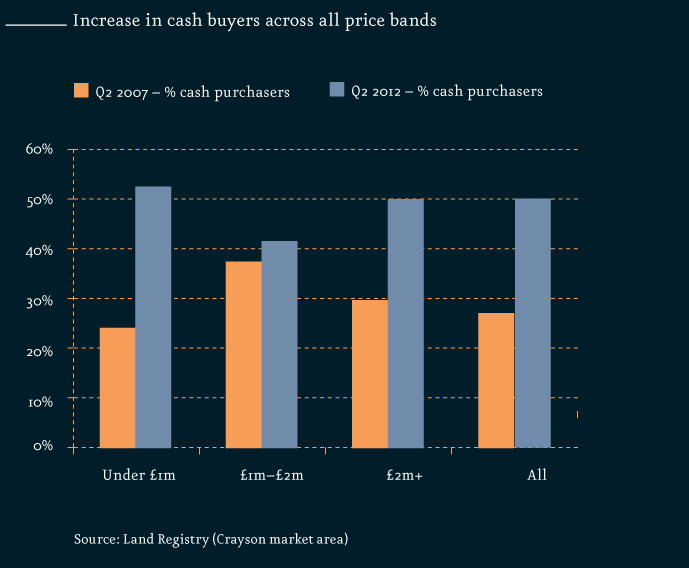 Whilst transaction levels have been lower in recent months, properties which have sold have been some of the best in class. So far, 2012 has seen the highest proportion of sales over £1,500 per square foot. Almost half of all houses – and 15% of flats sold – have achieved in excess of this mark.

London property continues to make headlines around the world. The latest is the sale of the former residence of the Prime Minister of the Lebanon. This spectacular 45 bedroom Knightsbridge Mansion is on the market for a reported £300 million (£5,000 per square foot). If sold, this will be the most expensive property ever to change hands in the UK, eclipsing the record set by a £140 million mansion in Henley-upon-Thames. 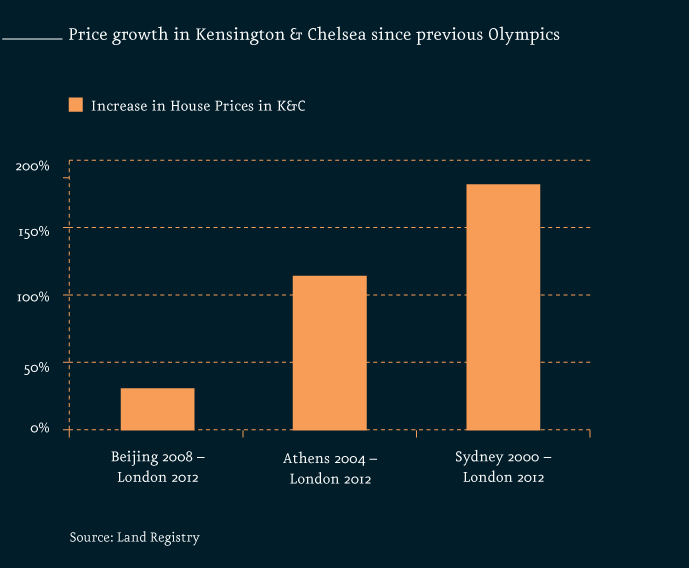 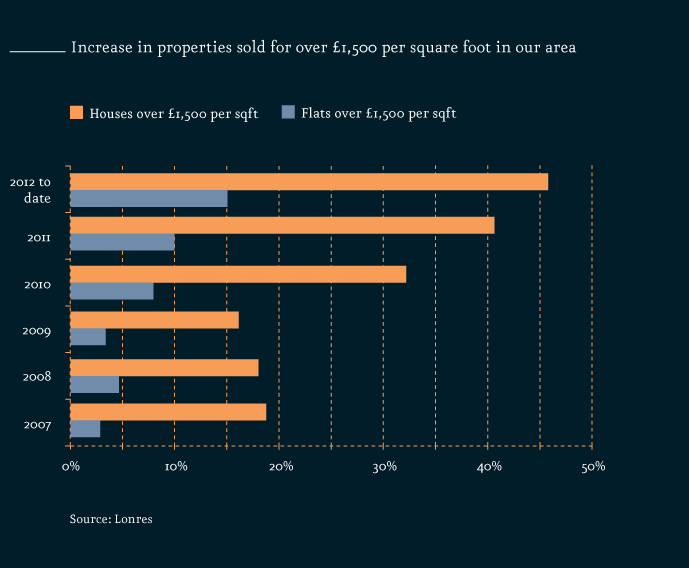 City buyers have been noticeably absent so far this year. However, the void has been filled by an increase in overseas purchasers. Buyers from the Eurozone continue to find London property an attractive proposition, either as a home for their family, an investment or as a place to store wealth.

François Hollande has confirmed his government will be introducing a 75% tax rate for those earning over £1 million. In an attempt to raise revenue and limit the extension of austerity measures, the 75% rate will run for two years.

At Crayson, we have already seen an increase in French nationals buying in the Capital, many of whom choose to live and work in London. More than 300,000 French nationals now live in the Capital, making London the sixth largest French city by population. Kensington proves perennially popular, with an established French expat community and the French School in South Kensington.

Concerns over the impact of the Eurozone crisis on the German economy are also resulting in increased interest from German investors. Indeed, the September IFO Institute’s Business Climate Index suggests confidence in the German economy is at its lowest since February 2010.

Selecting an agent with a very special and intimate understanding of its immediate area will always bring better results. Having built strong relationships with our local community and buying agents, at Crayson we are experts in our area of London. Both within the Capital and further afield.

We don’t believe in fixed term contracts. To demonstrate our confidence that our clients will receive the best possible service from us, we don’t ask our vendors to sign one.

Unlike some other agents, we do not believe in overvaluing properties to secure an instruction. The sad fact is that a staggering 25% of properties currently listed for sale in our area have been reduced in price since first marketed.

At Crayson, our task is to give accurate and realistic valuations – to ensure we achieve we the highest possible price for our vendors.

‘We are here to provide an unsurpassed service. We will never overvalue to secure an instruction, or tie a client into a fixed term contract. We will invest as much time, money and most importantly energy needed to ensure your property achieves the very best price possible…’
Nicholas Crayson