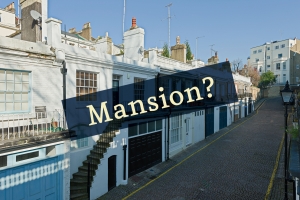 There’s much uncertainty around how a new Mansion Tax would be imposed, but what does seem certain is that a Labour or Liberal Democrat win in the election will be swiftly followed by the introduction of such a tax.

Understandably, this is causing some concern in the property market, especially in prime central London where property prices are so high. Most two bedroom flats in the Royal Borough of Kensington & Chelsea sell for more than £2m. And there are some areas where a price tag under £2m is nothing but a distant memory.

The most worried property owners are domestic residents.  We have had numerous enquires over the last couple of weeks from property owners who would struggle to pay a substantial new tax. Last year the Treasury estimated that the average Mansion Tax would amount to around £36,000 per year. Many of these property owners are considering selling up while the going’s good.

Particularly concerned are retired residents who have lived in their properties for decades. Their liquid wealth tends not to match the value of their property as these homes were purchased when London prices were more in keeping with the rest of the country; and when areas such as Notting Hill and Holland Park were considered far from ‘prime’.

“For high net worth overseas buyer, and investment purchasers, the Mansion Tax will cause less distress. The tax may dent their income, and they will simply factor the tax into their calculations. Investors will of course have the option of splitting their investment into several properties so they remain under the threshold.

It’s not the international bankers and wealthy foreign investors who will be hit by this tax; it’s the remaining domestic home owners who live in and love London, and who make it a living breathing community.

The outcome will of course be that owner occupiers are driven further away from central London. Many parts of the capital are already sadly unoccupied with countless overseas owners using their properties for only a few weeks of the year. Increasingly, investors are seeing such enormous capital growth that they choose not to rent their properties out. The Mansion Tax, if or when it is born, will have the sad effect of turning central London into a ghost city.